Hallo, Hoi, Gruzei…. I am back with another blog and before you get too far into this one, I must warn it is long however worth the read if I do say so myself. Now I can officially say that my exchange has begun and well if I’m being completely honest it still doesn’t feel real. It’s as though my body knows I’m not in Australia (I mean it’s 0 degrees outside and snowing) but a part of me still feels like I’m back in Australia and exchange is still on the horizon. This post is going to cover the final days before exchange, the day of the flight and my first impressions of Switzerland. I’m about to upload a blog about language camp so be ready for another upload!!

I’m going to start this from my last Rotary event before I fly out which was on the 11th. For this, we had to say a two-minute speech about where we are going and introduce ourselves in the language of our host country (for me this was german.) I actually loved saying my speech and hearing what everyone else had to say. The other part of the day was making a presentation in our Zone group to a topic about exchange which Michelle (Our district coordinator who is absolutely amazing gave us.) My group did a presentation on Final things to do and travel tips, I would say that we did okay with the exception of being the longest. Look in our defence we were told 30 minutes originally, we didn’t realise we were the only ones that stuck to it. Then after a bit of badge swapping, it marked the end of the day. For many of us, it meant we wouldn’t see each other again for a year unless they were going to the same continent. Meaning at the end there was a bit of an awkward emotional moment when no one wanted to get upset but you could feel it in the air. Throughout exchange there’s going to be more goodbyes than I count, very quickly I am realising that when people say “they aren’t goodbyes but a see ya later” they really do mean it. This also brings me to something I want to include in my blogs…. An update on how my blazer is going. In a few posts, when I have some free time to sit down and write I’m going to explain the whole blazer concept for those that raise an eyebrow when I talk about posting the progress of an article of clothing. However, for now, this is what my blazer currently looks like….

The next stage of my final few days was my ‘farewell’ with my Dads family, getting the final things and packing my bag. Okay, when I say “pack my bags” it’s more of a check I have the final things that I need in it and I’m good to go. The next step of completing my bag was to have it all zipped up and under the weight limit. I was very proud of myself with the amount of stuff I managed to fit into my suitcase and still not be over the limit.

The next big event after packing and making my badges (when I get to my blazer post I will talk about my pins a bit more) was my farewell Rotary night. This night worked in perfectly with Seafood at the park which is where everyone meets at a park in Windsor and eats lots of prawns, oysters, salads and KFC chicken. I also gave a speech in German which was scary as we have a member from Germany so I couldn’t say it is wrong.

After this, I just spent time with my family saying goodbye and then before I knew it the day was upon us. To be honest, as I look back on that day now it just flew by and in no time I was on the plane going to Switzerland. It was weird as I didn’t cry once which was a surprise to everyone including me. The first flight was really good as it was with everyone going to my district going to Europe combined with 2 other districts. I was more emotional getting off this flight as I am so close with everyone and I wouldn’t see them for a while. No surprise to anyone but the rest of my journey went by and nothing else happened that is worth reading.

My arrival in der Schweiz

At 7:30am on the 18th of January after 25 hours of travelling I touched down in Zurich to begin my exchange year. Greeting me at the Airport was my host mum and YEO as my host dad and brother were at home getting ready for lunch. When we arrived in St Gallen we stopped outside my school Kantonsschule am Burggraben took some photos and then went on our way to my house in Steinach. After that, we went for a bit of a walk, ate some food and then talked a lot.

Posting this after being here for two weeks feels a bit strange and there is so much I have to share but I know that if I put them in this blog it will be far too long. So until next time Tschuss !!!! 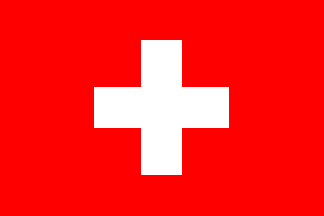